Why should you care about the Higgs Boson?

Posted by Konstantina Kostopoulou on 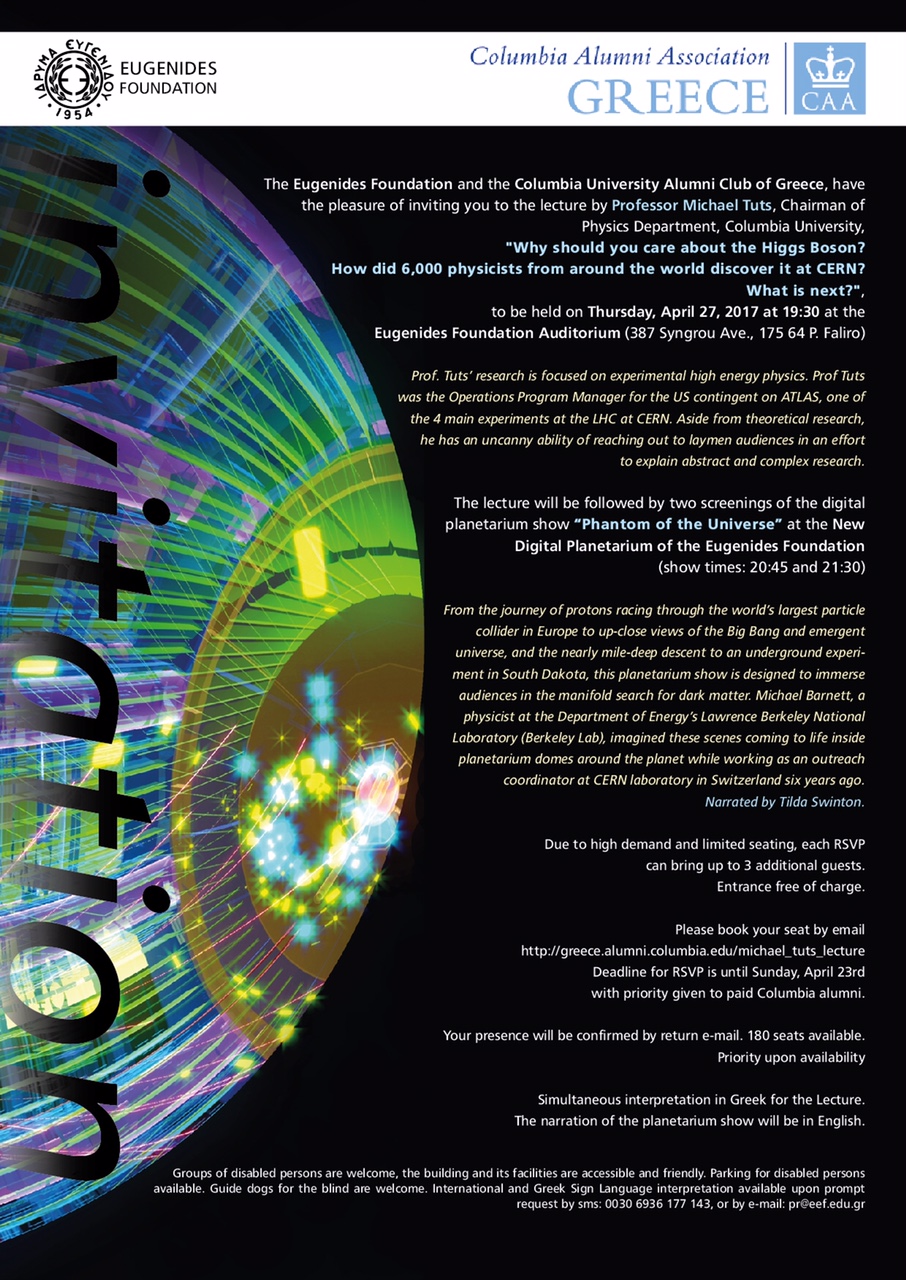 Prof Michael Tuts is a high-energy experimental particle physicist, and Professor and Chair of the Columbia University Physics Department since 2014. Tuts is currently a member of the ATLAS experiment team at CERN and formerly served as US ATLAS Operations Program Manager. As operations manager, he led the team of 400 American physicists working on ATLAS during the experiment that led to the discovery of the Higgs boson.

He holds a seat on the executive committees of the United States LHC Users' Association and the American Physics Society Forum on Physics and Society, and is Divisional Councilor of the Division of Particles and Fields of APS. Tuts earned his Bachelor's in Physics from MIT in 1974, and his MA and PhD from the State University of New York at Stony Brook in 1976 and 1979, respectively.

Prof. Tuts has authored over 600 publications in Physics. He believes in the importance of public outreach by prominent physicists and the science community and writes a blog for the Huffington Post.

Professor Tuts has also given talks about his work at amateur societies and for lay audiences, and organized a gathering to watch the Higgs Boson announcement at Columbia University at 3 a.m. ET (9a.m. Geneva time).

At Columbia, he teaches introductory undergraduate mechanics and electromagnetics courses, which he enjoys. In 2004, Tuts was awarded a Presidential Award for Outstanding Teaching.

Columbia paid members will have priority at this event, so please take the time and properly update your dues here.

Columbia RSVPs will be able to secure their seat with a separate registration booth on the 1st floor.

Pre-registration starts at 7pm with a strict start time of 7.30pm, so please come in early!

Invite your friends to join you